We currently have no Bounty 27 New Elysian boats for sale 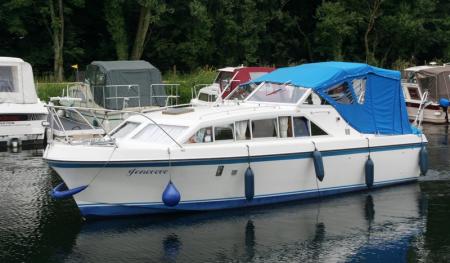 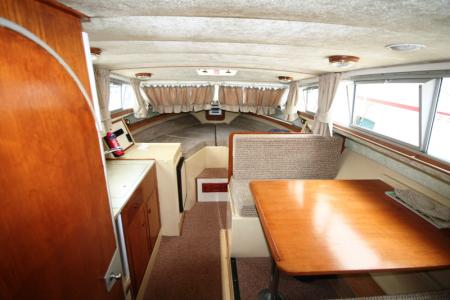 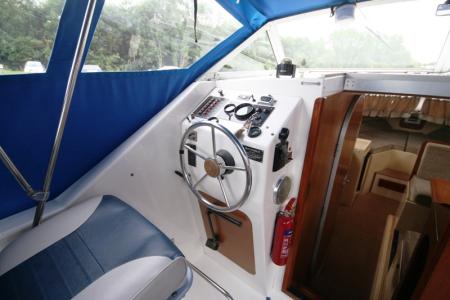 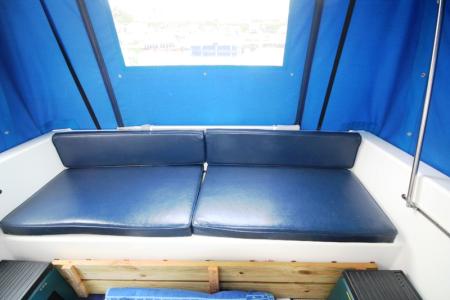 Bounty boats took over the original Appleyard and Lincoln built cruisers, called Elysian 27 and latterly Maderia 27. In 1975 Bounty Boats built a further 200 or more of what was called the New Elysian 27, or Bounty 27. There are two main versions, one with a centre cockpit and aft cabin, and the other with an aft cockpit and with an open-plan interior layout or saloon and separate forecabin. All versions have 4 berths. Bounty boats have only built the boat in aft cockpit form, some with a hardtop. In 1981 they produced an entirely new deck and superstructure moulding. With its shallow V bottom and long keel, the Elyisan is at its best as a displacement boat and is most at home on inland waters, but it is capable of short coastal hops in good weather.
Standing headroom in cabin is 6ft 1ins. Length of V berth 5ft 6ins.