This shadow 26 cabriolet river version is a low airdraught cruiser with modern styling.Cascade was re engined in 2008 with a new Beta B-43HE diesel engine on conventional shaft drive 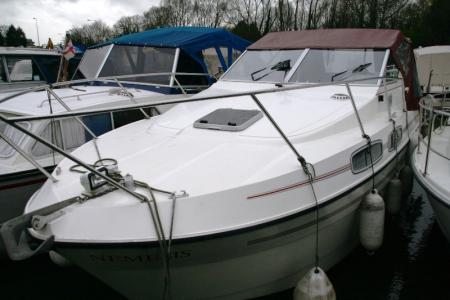 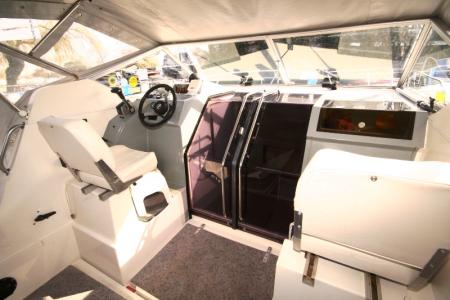 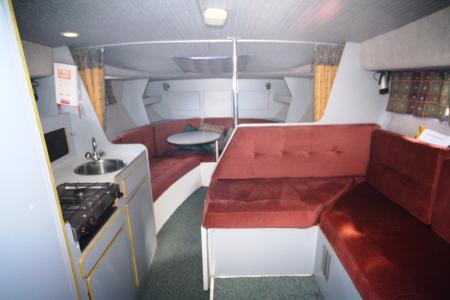 This cruiser was a radical design in its day offering a wide beam for her length together with a large perspex sliding door to the cabin. The open plan cabin is famed for comfortable seating which folds down into berthing.2 versions of the boat were made. The offshore version had 2 larger petrol engines on outdrives and ths river boat version featured a modification to the hull to allow the installation of a shaft driven single Volvo diesel engine. There was also an option of hard top or a full canopy version. The first era of craft were fitted out by Victoria marine in warsash. Shadow cruisers in Norfolk took over and were producing there version up to the mid 2000,s